The New London Ledge Lighthouse is a unique structure guarding the entrance to Connecticut’s New London Harbor and the mouth of the Thames River. The busy harbor was originally marked by the New London Harbor Light in 1761, however the light was located to far inland to warn of the ledges and shoals on the approach to the harbor. The Light House Board contemplated building a lighthouse at this location since the 1850’s, but it would be another 50 years until their plans were realized.
Read More 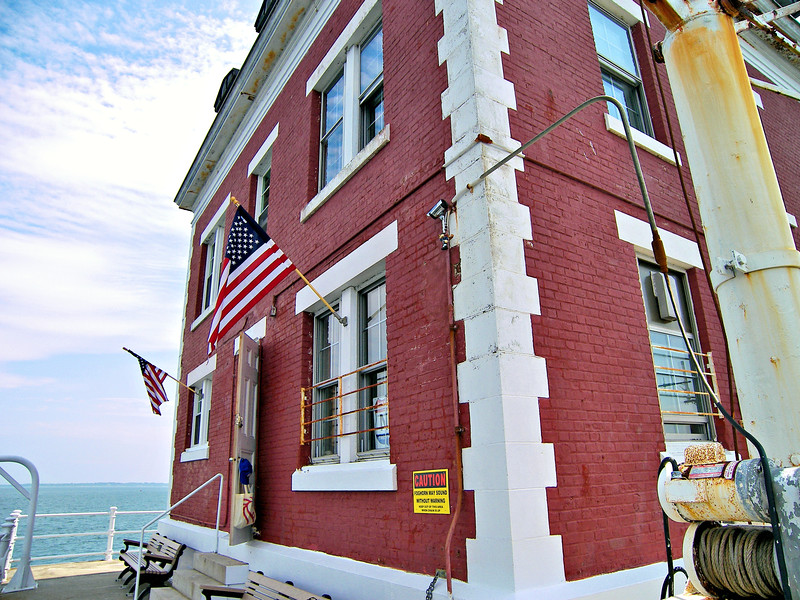 Head Keeper George Hansen, who served at the Ledge from 1910-1917, had a few adventures during his time. One day in January 1913 he set off in the stations 16 foot powerboat when a sudden squall came up and the engine quit. Unable to restart the engine, the boat drifted for hours until it went by the North Dumpling Light. Hansen signaled the Keeper who came to his aid and rescued him. Hansen wrote a letter to the Light House Service requesting another engine, but the Service responded by taking away the powerboat and replacing it with a rowboat.