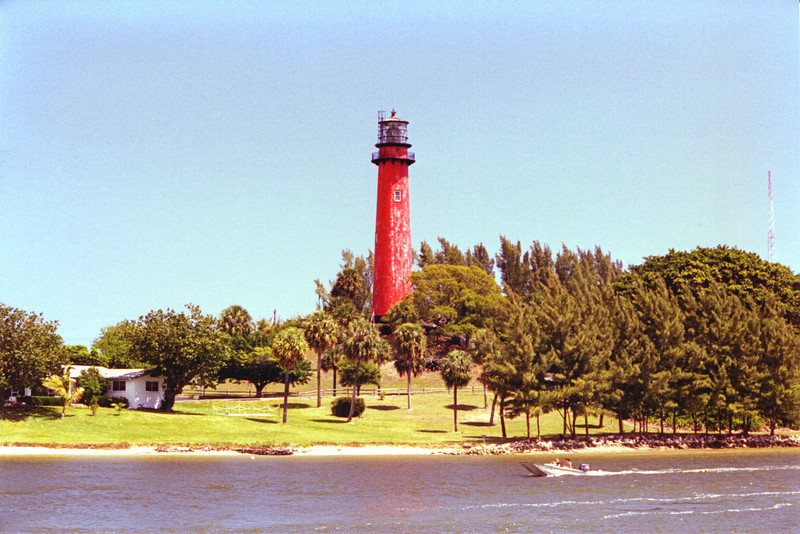 Fighting malaria and yellow fever the workers finally finished the 108 foot Jupiter Inlet Lighthouse in May 1860. At the top of 105 iron steps a First Order Henry-Lepaute Fresnel lens with four bull’s-eyes was installed in the lantern. A two-story dwelling for the Keeper and his two assistants was built using 2 foot thick coquina blocks. A well was dug inside the home so water would be obtainable if there was future trouble with the Indians. After all of the delays and difficulties the total cost of the lighthouse was $60,000, almost double the original appropriation.