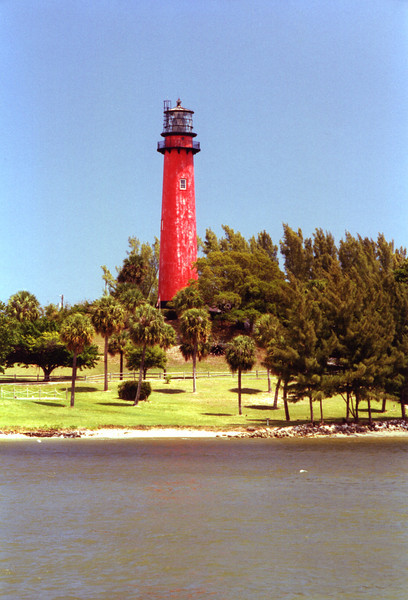 In 1928 the lighthouse station was electrified and the weights previously used to rotate the lens were removed from the tower. In September that year a hurricane struck the station causing the tower to sway 17 inches during the storm and the station lost electric power. Keeper Charles Seabrook had a badly infected hand so his son Franklin climbed the tower, installed a kerosene lamp in the lens and rotated the lens by hand for hours while window panes blew out around him. One of the lens bull’s-eyes was shattered, but the light never failed that night. After the storm the pieces of the bull’s-eye were gathered and sent to the Lighthouse Depot in Charleston, S.C. where it was repaired and then reinstalled into the lens.