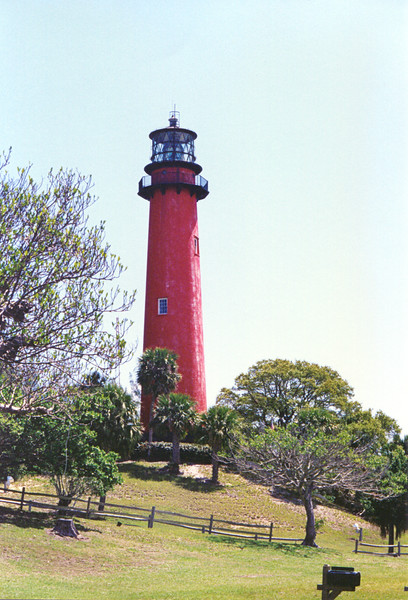 The Jupiter Inlet Lighthouse was first lit on July 10, 1860, however it did not remain lit for long. As the Civil War began and Florida seceded from the Union, in August 1861 a group of Confederate sympathizers descended upon the lighthouse reservation. They removed the lamp and a portion of the revolving mechanism to render the light unusable. The lighthouse would remain dark until June 1866 when the missing parts were located and lighthouse was repaired and returned to service.