Block Island is a six mile long island located at the entrance to Long Island Sound. The shoals lying a mile off the northern tip and its position between Point Judith on the Rhode Island mainland and Montauk Point, New York made it a hazard to shipping. A lighthouse was built at Point Judith in 1810 and the first lighthouse on Sandy Point was built in 1829.
Read More 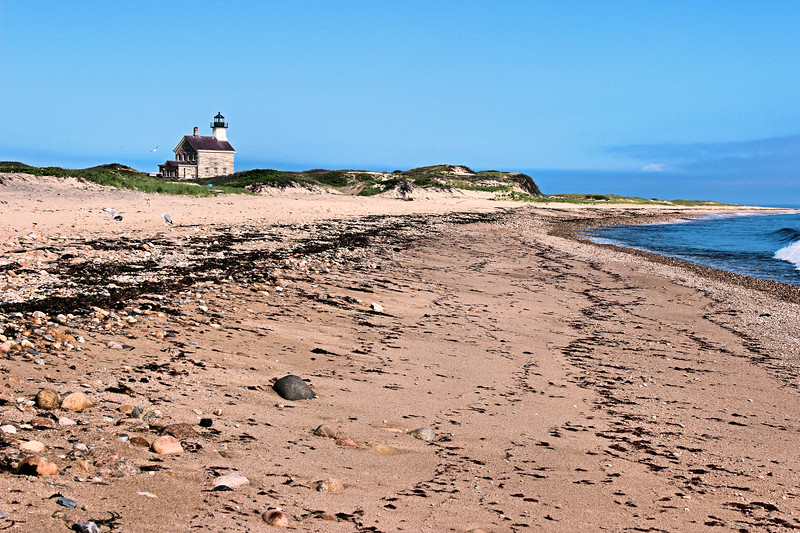 Sandy Point is subject to erosion and over the years four lighthouses have been built to mark the point. The first tower built in 1829 consisted of two lights at the ends of a dwelling. This was replaced by a second tower made of granite in 1837. This tower was short lived however as it became a victim of erosion and was replaced by the third light in 1857. When this tower became endangered Congress voted $15,000 to build a fourth lighthouse tower.